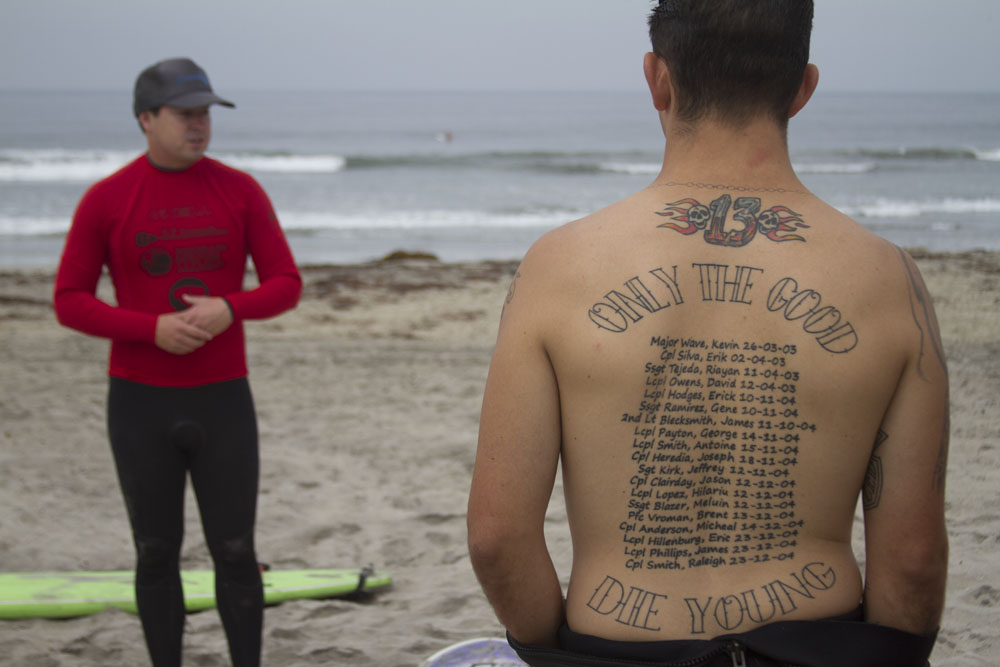 We surf for countless reasons, many of which change session to session: the mindless fun, the adrenaline-soaked thrills, to tap into the mysteries of the universe, or just as slaves of addiction. But for those suffering from PTSD, surfing is increasingly seen as an invaluable and uniquely effective therapeutic treatment.

In an article published to Outside this week, Matt Skenazy reports on the very real healing benefits of surfing for soldiers who’ve been hurt both physically and emotionally. Scientists have taken notice, and research is beginning to point to why and how surfing can help victims of severe trauma.

“Nick Caddick, a psychologist at Loughborough University in the UK, spent 18 months studying the effects of surfing on British soldiers. One of Caddick’s subjects had been hatching concrete plans to hang himself from a tree in his yard, but every time he went surfing he put it off for at least another week. ‘Regular surfing,’ Caddick wrote in a paper published last year, ‘was necessary for disrupting the cycle of PTSD symptoms that would otherwise remain a continuous or uninterrupted source of suffering.’

“The reasons for this are not well understood. Rogers developed Ocean Therapy with psychologist Mihaly Csikszentmihalyi’s flow theory in mind. The physical exertion and intense focus required to surf often produces flow states, which flood the brain with neurochemicals like anandamide and serotonin, the same substances found in antidepressants. In addition, it’s believed that when people are submerged in water, their bodies alter the balance of epinephrine and dopamine to the levels achieved during meditation.”